Our Partner Organization: Department of Marine and Coastal Resources (DMCR)

Principle and reason of project:

In the past, Patong bay was one of the locations in Phuket with the healthiest coral reefs. These healthy coral reefs are crucial to various aspects of marine life – shelter, spawning area, and the growth of young marine life. Due to these aspects, there are numerous beautiful marine lives to be seen, attracting tourists and many fishermen. There were around 51 acres of healthy coral reefs situated at the front of Thavorn Beach Village Resort and Spa. However, as time passes, the number of nature-loving tourists and the abundance of marine life have drastically declined due to the increasing damages sustained by our coral reefs.

The following reasons act as a catalyst for the decline of coral reefs:

Thavorn Beach Village Resort and Spa, a resort with the values to preserve nature, saw the ongoing issues and decided that they would work together with the Department of Marine and Coastal Resources to restore the reefs.

In the beginning, they have explored the place and concluded that Patong bay’s coral reefs can still recover by itself provided certain initiatives are supported and pioneered. Therefore, the resort has started to raise awareness for the issue to the public and begun educational hands on activities to preserve the reefs. For example, these activities include but are not limited to transplanting corals, bringing broken corals to a the resort’s nursery, or setting up free/subsidized environmentally enriching classes for local enthusiasts.

Finally, the resort set up a project plan to promote and support the coral reef growth and development within the time frame of 5 years.

This document is translated from the following blog

We are the first private organization to restore, preserve, and grow natural coral reefs in Phuket 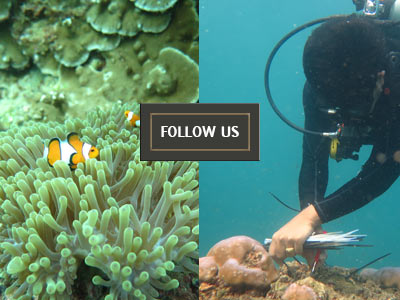